Field recording made by Miranda Diboll on Monday 19th June 2017 between 4 and 6pm.

To hear audio, hover mouse over the red dots to discover locations.

I tried to capture the change in audio environment from Notting Hill to North Kensington and the immediate area surrounding the tower.

You can do the walk yourself in around half an hour as a listening walk. Your audio experience will be different to mine and I’d be interested to know what you hear.

I visited during a heatwave, five days after the fire broke out. The air was still and heavy. You can ‘feel’ this in the audio which also made it easy for me to record on the move, I didn’t have to worry about wind noise on this recording.

Had it been any other similar day, you’d expect the bars and cafes of Notting Hill to be buzzing with people sitting outside enjoying the weather- and they were. If felt no different. You couldn’t see the Tower at that point, just pretty tree lined stuccoed terraces and that ultra tidy feel you get when walking about the Royal Borough.

A small argument breaks out between a taxi driver and a man over a woman trying to park her BMW near Colville Mews. The taxi driver is getting impatient, the man tells him to relax. After all, life could be worse….a lot worse.

Heading towards North Kensington, the atmosphere began to change. By the time I had reached Avondale Park I had heard my first Grenfell conversation. A group had gathered by a bench discussing how they could help. As I walked deeper into the park, there were children and play, mums sitting on the grass. There was an air of desperation in that park, the feeling like the parents were trying anything to take these children’s minds off the horror that was just up the road. I left the park by its west gate, that’s when I saw the Tower for the first time. It made me gasp. It was the biggest fire wreckage I’d ever seen. This massive black cuboid sticking out into the hazy London summer sky.

As I walked up Sirdar Road, I passed a church on the corner. Some people were placing flowers, some standing and looking at the tributes and ‘missing’ posters. I carried on west down Treagold Street and into Whitchurch Street, past the police cordon and along the low rise fringes or what they call ‘finger blocks’ of the Lancaster West Estate. Grime played from one of the upper open windows.

I then turned right onto Bramley Road to head north towards Latimer Road tube station. People had gathered by the police cordon next to the railway bridge, all looking in the same direction- towards the Tower. Some nervously took photos, me included.

Walking under the railway bridge and past the closed tube station, I would catch snippets of conversation. Not everyone I passed was talking about Grenfell, but many were. As I walked under the bridge with bricks either side of me, you can hear the echo of someone whistling ‘Happy Birthday’. The click of a walking stick as woman slowly makes her way along the pavement.

On the corner of Bramley Road and Blechynden Street is the Pig and Whistle pub. The side wall has become another place for people to leave flowers and tributes, votive candles are burning. I overhear a discussion coming from a group of Caribbean men standing on the corner. Its heartbreaking and I don’t hang around long but you can get the gist of it.

In the distance I can hear someone talking through a PA system. He pauses from time to time and a crowd cheer. There been a silent march from Ladbroke Grove library to the site and now a public rally is taking place. Included in the speakers are DJ Isla who has become a spokeswoman for the community as well as newly elected Labour MP, Emma Dent Coad.

Although the circumstances are very different, this place reminds me a little of the Balcombe anti fracking site where I recorded audio four years earlier. That too was a community that came together against the establishment out of anger. They too created a ‘protest space’ albeit on a country lane in rural Sussex rather that an inner city social housing estate.

The rally has been set up under the Westway alongside Latymer Community Church which appears to be another hub for support and refuge.  Just behind the speakers stand are people packing and organising donations, including a woman in a wheelchair with an oxygen line in her nose.

I continue under the Westway, past a small block of flats where children are playing outside. There’s a sign attached to the fence that reads ‘Theresa May, go away’ I rest for a while in a small park under just north of the Westway, the heat today is too much. I then head over to the Notting Hill Methodist Church. One of the church volunteers is chatting to some firemen who have come from Dagenham to pay their respects. Seeing that there are no media allowed near the tributes, I put my microphone away for a while.

By this point I’m getting tired. It feels like I’ve been walking for hours, its still over 30c. I catch the bus from Ladbroke Grove to Victoria.

I return a month later this time without my microphone. The flowers have gone and there are some fresh ones in their place. Grenfell is slipping out out of the media but one glance at that tower and I feel compelled to publish my work. Its obscure, not everyone will understand the importance of a field recording but this is what I do. I paint pictures with sound. I wanted to capture that afternoon in an unobtrusive way, in the same way that you would if you’d walked around with your eyes closed. And with your eyes closed you start to hear in technicolour, in 3D.

This is not a piece to be ‘enjoyed’ but a moment in time shared with those around the tower on that hot Monday afternoon, five days after the most horrific fire for many years. 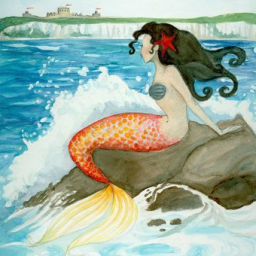 "Plas Bodfa Continuum" is a GPS-triggered, immersive soundwalk on the grounds of a 100-yr old manor house in Wales UK.

A walk in search of an emplacement, a still-point, safety