What is the sound of the climate emergency? Can practices such as listening and soundwalking allow us to apprehend its magnitude?

In “Klinein 01 – Arga”, a soundwalk along the banks of the river Arga between Pamplona and Huarte in Navarre has been modulated and transformed with datasets from the NSIDC Sea Ice Index, which contains details on the evolution of the surface of sea ice on the planet since 1978.

Thus, “Klinein 01 – Arga” attempts to question conventional notion of soundscape, and is a demonstration of the possibilities of soundscape- and data-synthesis, beyond mere data sonification techniques. The listener can not only follow the changing soundscape along the banks of the river Arga – they can also listen to the data of climate change. The resulting datascape attempts to insert otherness into our sound environment in the current context of climate collapse.

“Klinein 01 – Arga” was produced in November 2020. It was premiered in the “Sonido y Antropoceno” broadcast programme of the December 2020 Tsonami Festival in Valparaíso, Chile, and was also included in this year’s Borealis Festival Radio Space in March 2021. 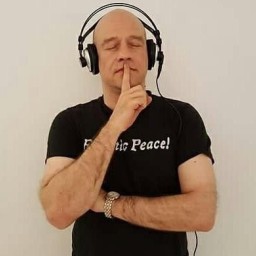 Kamen Nedev is a sound artist, flâneur, fugueur, and independent cultural producer. Since 1986 he works and tries to live in Madrid, Spain. Since 2005, under the Acoustic Mirror moniker, he has been working on a line of research in phonography, sound art,...

A physical deck of 52 task cards, walking prompts, integrated with Dérive app, developed together with students at MIT and inmates at a juvenile correctional facility.

An Evening Symphony, with Barbed Wire

A Sound Walk podcast conversation. Composer Emma Welton walks, listens and talks with artist Volkhardt Müller an Exeter-based multidisciplinary artist with a professional interest in landscape, how people shape it and how it shapes people.

Exploring Hrisey through its sonic landscape.

A recipe for a Sound Walk, anywhere.

The Ancestors is a hauntological soundtrail geo-located in the grounds of Killruddery, a historic house in County Wicklow, Ireland. The work explores the written archives of the Brabazon family who have been living at Killruddery since 1618.

An audiopaper recorded in Crete, Greece and Quebec, Canada.