The title is the Ordnance Survey map reference to the shore at Auldhame where the action (such as it is) takes place. The poet is Jaan Kaplinski, from Estonia..

from the headland I watch a distant orange cap bobbing alonside the dinghy making slow progress against the longshore drift. My friend, swimming, as a memorial to her friend, who swam with her, until the tide of cancer in her body put an end to that.
My job is to witness. I might need to send a message, but I dont have much faith in the signal around here.
Anyway, she is swimming through a sea of miracles. Approaching St Baldreds Boat, a skerry which the eponymous saint moved out of the channel to protect the boats in lee of the Bass , where he had retreated. After his death, to settle a dispute over burial rights, his corpse astonishingly replicated itself twice over so that each local parish could mourn him ( and share the lucrative pilgrimage trade which ensued). Thus he provided opportunity rather than immortality.
In the water you deal mainly with the immediate, moving and living, or not. On the shore you get drawn to the prospects - even strong swimmers will go down eventually. The same sea is in us all, as the poem* goes. Ebbing, flowing, ebbing. 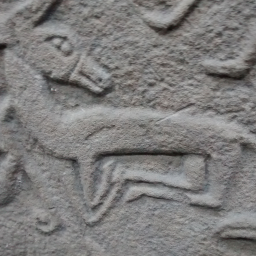 The boundary between night and day