0 Be the first to favourite this.
Seren Books

In the Middle Ages the port of Cardiff stretched from Chepstow to Gower. Peter Finch, archetypal Cardiffian, sets out to explore his heritage, walking the Welsh side of the Severn Estuary and reclaiming his personal memories in addition to discovering the lives of others. And with a detour to Maismore, the highest tidal point of the estuary, he walks the English side too, taking in the differences with Wales, reviving past links and looking at his homeland from abroad.

On his journey he sees the estuary as border, a highway for trade and ideas, an industrial zone, and a place where people spend their leisure. Rich in anecdote, evocative in description, Finch’s book takes in villages and cities, power stations and fishermen, castles and caravans, leg-aching walks and deckchairs on the beach. The tragedy of Lynmouth, the competing delights of Porthcawl, Barry and Weston-super-Mare, the industrial sites of Usk and Port Talbot, the fate of Cardiff, Newport and Swansea docks, the ancient trackways of Swansea Bay and the Star Inn at Neath are just some of the many stories which punctuate Finch’s epic walk along some of the most beautiful coastline in Britain. 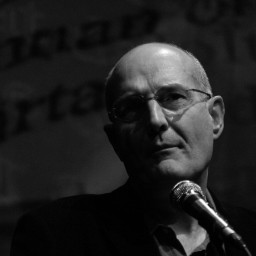 Announcing the publication of WALKING (2022) (see feature image) ISBN 978-1-912960-95-8, the illustrated anthology of poetry and prose that includes the shortlisted pieces in the "Walking Home" writing competition. €4.99+p&p

We have started an initiative to strengthen the support that we provide to walkers-who-write and writers-who-walk.

Poet and psycho-geographer Peter Finch is November's Walking Writers Salon guest, talking about “Edging the City” - his new collection inspired by his walks along the boundaries of the City of Cardiff.

A Drop in Barometric Pressure