Sometimes We Wake is a self-guided sound walk set in The Palm House, Botanic Gardens in

Belfast. It reflects on a music performance that took place there in 2009 which Richard Davis was involved in. The walk will guide you around the Palm House, remembering the experiences of what it was like to perform in the conservatory, about the songs Richard was writing at the time with their queer expression and parallels to another gay voice, a local writer named Forrest Reid, whose text from the early 1920’s hangs in the Palm House.

The launch of the sound walk at The Palm House on September 1st will also include a special live performance of those songs. There will be two live performances at 1pm & 3:45pm (the palm house usually shuts at 4pm). The sound walk will take place between 1:30-3:30pm, people can bring their own phones / headphones or borrow from Richard Davis. 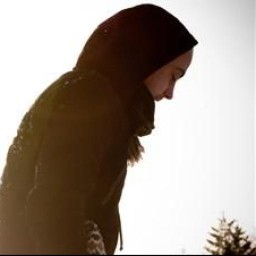 Set out from Fox Chase to discover the city's edge! Over ten days of ~10 mile walks, the September 2022 Walk Around Philadelphia will send small groups to explore the city's perimeter on foot.

Participate in a 30-day long exploration, where you can dip in, and out, at your choosing. Get acquainted with your immediate environment and 'play the city'.

Set out from Somerton Station to discover the city's edge! Over ten days of ~10 mile walks, the September 2022 Walk Around Philadelphia will send small groups to explore the city's perimeter on foot.

Set out from Torresdale to discover the city's edge! Over ten days of ~10 mile walks, the September 2022 Walk Around Philadelphia will send small groups to explore the city's perimeter on foot.

In September, join us in exploring public space

During SWS22, we will nudge you to explore the public space around you, with a new task every 12 hours. Participate!

During September, 30 Days of Prompts

Set out from Chestnut Hill to discover the city's edge! Over ten days of ~10 mile walks, the September 2022 Walk Around Philadelphia will send small groups to explore the city's perimeter on foot.