0 Be the first to favourite this.
Amazon UK

It all started in Fishguard in the mid-1970s when, aged fifteen, Martyn Howe and a friend set off on the Pembrokeshire Coast Path armed with big rucksacks, borrowed boots, a Primus stove and a pint of paraffin, and a thirst for adventure. After repeating the route almost thirty years later, Martyn was inspired to walk every National Trail in England and Wales, plus the four Long-Distance Routes (now among the Great Trails) in Scotland. His 3,000-mile journey included treks along the South West Coast Path, the Pennine Way, the Cotswold Way and the West Highland Way. He finally achieved his ambition in 2016 when he arrived in Cromer in Norfolk, only to set a new goal of walking the England and Wales Coast Paths and the Scottish National Trail.

In Tales from the Big Trails, Martyn vividly describes the diverse landscapes, wildlife, culture and heritage he encounters around the British Isles, and the physical and mental health benefits he derives from walking. He also celebrates the people who enrich his travels, including fellow long-distance hikers, tourists discovering Britain’s charm, farmers working the land, and the friendly and eccentric owners of hostels, campsites and B&Bs.

And when he is asked ‘Why do you do it?’, the answer is as simple as placing one foot in front of the other: ‘It makes me happy.’ 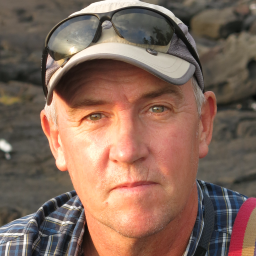 In 2016, I achieved a lifelong ambition to walk the 19 iconic long-distance trails in England, Scotland and Wales, some 3,000 miles, over 150 days, through some of the most wonderful, diverse landscapes in the world. I have come to realise that if you live...

One thought on “Tales from the Big Trails”

Tales from the Big Trails – walking the UK National Trails

Martyn Howe talks with Andrew Stuck about his 40-year journey to walk all the National Trails in England, Scotland and Wales and the poetry, art and people he met along the way.