In a modern twist on the Odyssey, this performance walk in public space disrupts the city with a personification of the underground Senne river in Brussels, a water spirit walking the overground path of the river on an impossible quest to return home.

The Senne flows underground through the city centre, routed there in the sanitation and gentrification projects of the 19th century. Now no trace remains of the flowing water, nor the island and its yellow irises, nor the aquatic life of the river. Without the river, there would be no city: access to clear running water for drinking, for cleaning, for transport and for industry, was fundamental to the origins and the growth of Brussels, and the invisible river continues to carry away storm water, effluent and waste.

And yet, the city flows. Its streets are spaces of passage; spaces of community, resistance, even revolution. But modern streets guide the flow of traffic from one private space to another, as fast as possible, as privately as possible. Walking in this motorised world is an act of rebellion: opening up to passers-by, traversing the city at a human speed, daring to feel the cool drops of rain on our heads…

This butterfly-flap of an intervention calls these two aspects into question: can we appreciate the Senne when it’s hidden from view? Can we relearn the streets, tributaries and rivers of the city, as a space for encounter as well as a space of passage?

“Your Flowing City” was part of my research work for an MA in Performing Public Space, Fontys University NL. 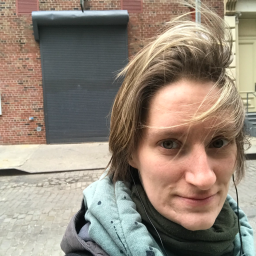 Creative walking (and more) investigating the movement of water in public space, originally for an MA in Performing Public Space at Fontys Tilburg, NL.