At last year’s Sound Walk September, the majority of submissions came from Europe. But, not all. Yonatan Collier received an honourable mention for his work Taman Tugu: Interference/Resistance, set in Kuala Lumpur, Malaysia. Here’s Yonatan, discussing his work.

Taman Tugu is a jungle park that lies within the city limits of Kuala Lumpur; a reclaimed green space that was at one time a city neighbourhood. The unique location and history of the park provided the inspiration for my soundwalk. ‘Taman Tugu: Interference/Resistance‘ is a location-specific meditation on the fight to preserve green spaces in an increasingly urbanised world.

The piece takes the form of an immersive musical work that is delivered through the Echoes Smartphone app, and headphones. The raw materials for the music are the sounds of the park itself, so the first part of my process was to explore the park and capture its sounds with a field recorder.

I took these sounds back to my studio and turned them into musical instruments using samplers and other digital technology. The idea was to create a ‘sonic palette’ that I could use to compose music that would complement the soundscape of the park itself. Once the music was written I was able to place different passages of the piece onto different locations within the park using the Echoes app. The music therefore responds to the movement of listeners as they navigate the park, changing to fit their immediate surroundings.

‘Taman Tugu: Interference/Resistance’ doesn’t require listeners to walk on a set path around the park, instead they are encouraged to explore the jungle pathways in any way they wish. In the middle of the park, the city disappears completely from sight and the sounds of the city are also mostly obscured. The music in these locations matches the serenity of the soundscape. As the edge of the park is approached, the skyline of Kuala Lumpur becomes visible and the sounds of the city become audible. The music acknowledges this change of surroundings; here the recorded sounds of the forest are digitally disrupted and are augmented by industrial and mechanical sounds recorded at the park’s edge. The idea is that this jolts the listener, encouraging them to consider the important role green spaces play as places of respite from the modern urban environment. The fact that Taman Tugu was once a built-up area lends the concept extra resonance.

‘Taman Tugu: Interference/Resistance’ is part of a series of works I am creating that use locative technologies and aural augmented reality (AR) as tools for the interrogation of a specific site, its history and its soundscape. The first of these pieces, ‘Justice, Freedom, Peace, Memory’ was centred around a war memorial in the city of Groningen in The Netherlands. The next piece will be based in the village of Heptonstall in West Yorkshire and will be completed later in 2020.

Perhaps you’re inspired, or you were already planning on taking over the world with your next sound walk. We’re now taking submissions for Sound Walk September 2020. New sound walks, created in 2020, are eligible, as well as any sound walk event, executed during September 2020. 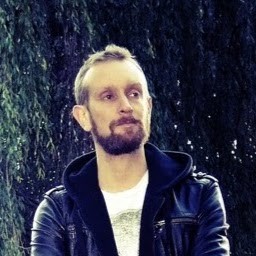 Yoni Collier is currently working towards a practice-based PhD; an examination of how location based recording, musical performance and production can be used as tools for examining artistic practice, landscape and history. Alongside a written thesis, Yoni...

Uncovering the history of a high street

Documenting the history, hopes, and community ties that wove together Black Portland

Darrell Grant's Come Sunday is a walk through Portland's inner-northeast neighborhoods, which were once home to over 200 Black churches. It was commissioned by Third Angle New Music, which has a focus on creating a "soundtrack for our time".

The sonic barricades of Minsk

Pavel Niakhayeu created Political Soundwalks as an audio-essay to document what Minsk sounded like during the political protests of 2020-2021. His field recordings provide a starting point for a discussion on the multifaceted role of sound in claiming the urban and political space.

Where are we when we walk?

Where are we when we walk? Are we here, in this place that our feet move through, or are we somewhere else, lost in thoughts and memories of other times and places?

Claudia Zeiske Writer-in-residence and fellow Poet-in-residence Lydia Kennaway have chosen walking home as the theme for our latest writing competition which we are excited to launch this week.

But what do our more-than-human cohabitants have to say for themselves?

Lore of the Wild invites you to hear stories, songs and sounds from non-human inhabitants of Lesnes, an area of ancient woodland in southeast London.

Where is your home? Is it your birthplace? Is it the place you share with your family? Lydia Kennaway muses over the meaning of 'home' in anticipation of our upcoming writing competition.

Nature is the hacker par excellence

SWS Award alumni David Merleau invites you to collaborate on his next project.