·
0 Be the first to favourite this.

We are creating a collaborative sound walk. You are invited to participate in a project involving scores or participants, with the aim of creating a 30-day sound walk.

Expodium likes to stroll and awe.
Ever since starting our monthly Nightwalks in Utrecht’s Werkspoorkwartier in 2015, we have seen the formerly neglected area with our feet, again and again. At the same time we have seen Werkspoor reappear in the city’s collective imagination. The area transformed from being an edge of the city - as exotic as any far flung destination - into an integral part of Utrecht’s landscape. The area therewith became subject to the same modernization that has withdrawn the element of time from journeying, with Werkspoor being in danger of losing its reality of space. Time for the flâneur - the modern urban spectator, an amateur detective and investigator of the city - to appear. Yes, that’s you.

Come walk along.
Because walkers are the practitioners of the city, as cities are made to be walked. With Rebecca Solnit we believe a city is a language, a repository of possibilities, and that walking is the act of speaking that language. And no, this will not be a guided walk. You're doing it for yourself, increasing your own store of particular knowledge, walking your own eccentric version of the city. Under cover of the darkness for - as Nick Dunn wrote - we need to explore the rich potential of the dark, of the nocturnal city as an alternative frame for thinking and being.

Nightwalking opens up both the city and ourselves.
Our walks take place almost every last Thursday of the month. We gather below trainstation Zuilen, next to the Werkspoor locomotive. We’d be more than happy if you join us for an exploration of our city: the existing, the probable and the possible. 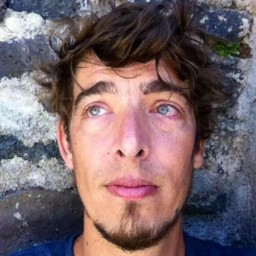 To Stalk a Tree Part 1

Please Can I Have Some Sellotape

To Stalk a Tree Part 2

How Soundwalks Are Helping Me Appreciate My Surroundings — The Good Trade