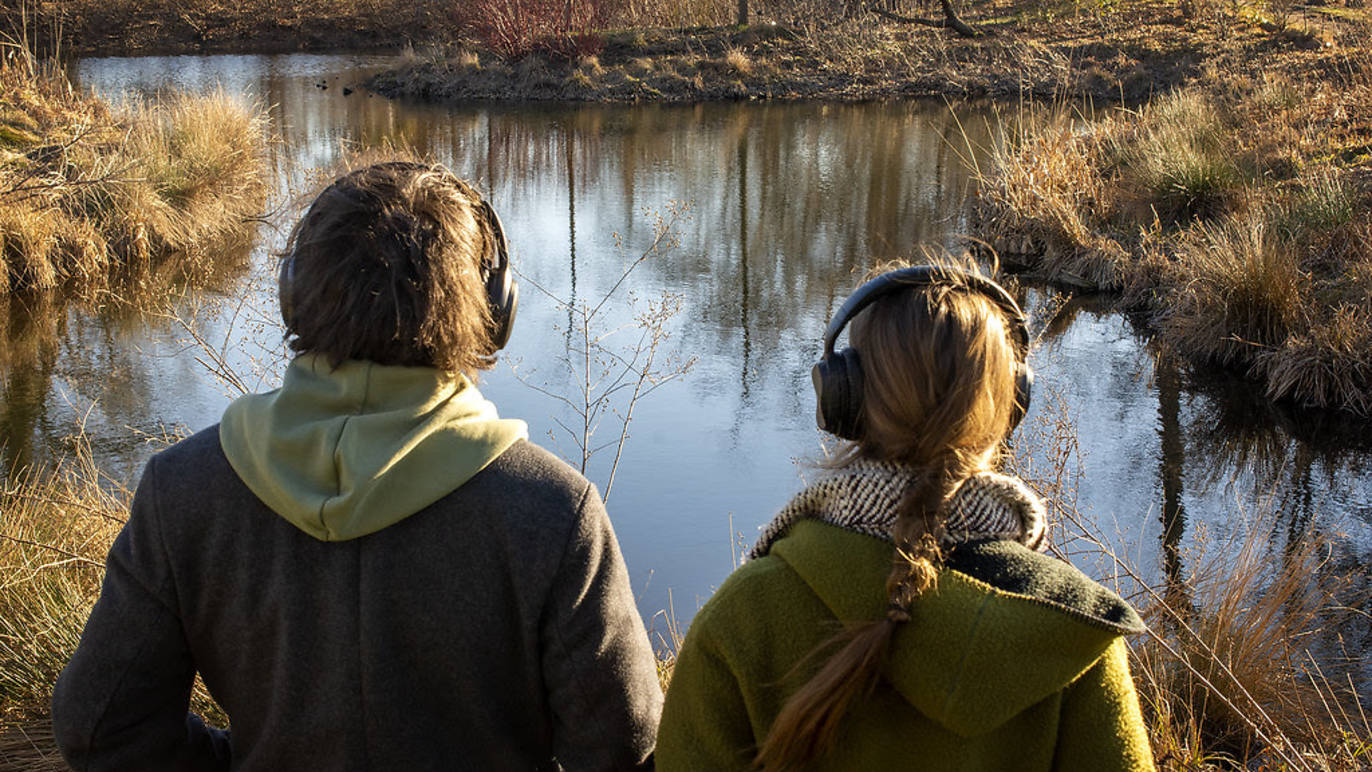 Brooklyn Botanic Garden which has launched a new series of winter nature walks and sound works in the Garden—site-specific original compositions and audio walks for visitors to experience at their own pace.

“Each work takes its inspiration from the garden and the temporal sensations one experiences among its natural features, both ancient and fleeting,” according to Brooklyn Botanic Garden.

Working towards a platform that democratises storytelling

Henna Wang and Michael Reynolds will discuss what they have learned while developing a mobile app, Gesso, creating audio walks, and building a community in New York, all at once. Working towards their vision of democratising storytelling, they'll also introduce their GPS audio uploader that creators can leverage to publish audio walks.

To move as a caravan; to walk, live, create, and discover together

Clara Gari, artist, researcher, curator and cultural manager, organises the yearly Grand Tour, a 300 km, 3 week, walking trip that walkers take with artists and activists from all disciplines, sciences and expertises. Discuss, with Clara, the benefits of walking together.

Join in a 75-90 minute on-line workshop, in which you try your hand at creative writing, recording your voice and mixing ambient sounds. This workshop is open to anyone, even if you were unable to join the preceding on-the-ground event.

A workshop is to help you become a better nature writer. Over the course of 90-120 minutes we’ll use two complementary forms - haiku and flash fiction - and draw inspiration from the shoreline (sea, lake, pond, river or stream) and other parts of the natural world.

Festival Soundings of Edinburgh is a FREE online group walk to explore the venues, places and spaces of past Edinburgh festivals revealed through audio recordings of the memories of city residents and visitors.

Join us on a 75 minute circular walking route from Hay’s Galleria via the Low Line to the riverside beneath London's Tower Bridge. We will share nuggets of history and give you prompts to compose poems and story fragments, inspired by what we will encounter.

Social isolation, already prevalent for many, has been exacerbated during the pandemic. Author Sonia Overall argues that walking alone can increase togetherness, regardless of absences and physical distance.

The Write About Walking showcase event introduces the shortlisted authors of the walk · listen · create / Sound Walk September writing competition, and includes readings of their poetry and prose.

The rhythm of the streets

Walking lays the rhythm of the streets, archives the voice and the memory of the city. Our feet are an instrument, and they read the sonic composition of urban space. Our listening revitalizes social space. By walking we connect our body with the body of the city, as players and listeners of an urbanophonic orchestra - conversation about how walkers resonate with the city and how the city is sonorically composed by / of its walkers.

Songs of place and time

To coincide with the publication of 'Songs of place and time', an anthology of contributions from 37 natural historians, we are delighted to have editor, Mike Collier and contributor and bird song recordist Geoff Sample as guests for this café.