Xeno Walk is an Augmented Reality (AR) audio walk of the voices of activists and sound producers who embrace the collage as a tool of militancy. The sound walk features the sonic artworks of #VIVAS, a Latin America-based collective producing sound works from a field recordings database of political demonstrations, and Viv Corringham’s Shadow Walks. The sound interviews feature the voices of the sound artists and members of Collage Féministes & Féminicides Montreal and Paris, reflecting on their embodied experiences, activist efforts, and reflections on gender politics in connection with the public space. The AR walk’s design was conceived as an aural collage mixing participants’ soundtracks, interviews, and the physical location soundscapes. The augmented audio is activated through the listener’s walk, using the cellphone geolocation to trigger the sounds in the selected routes.

The sound walk was produced with the AR sound creator’s app Echoes. In this sound walk, the listener hears the interviews in symbolic relation to the urban terrain. The interviews are presented in three different languages, Spanish, English and French. The path of each interview is visualized in a digital map through the app interface, displaying the soundtracks and each collective interview. The listener can experience this walk using headphones; however, this AR project is meant to be heard as a collective soundwalk with two or more persons using Bluetooth speakers. For the premiere of this project, the artist organized three different aural participatory performances, sonically occupying the streets with the amplification of these voices and soundtracks.
This research-creation project premiered in the Fall of 2021.
The AR audio walk was designed to be launched and presented as three participatory sound walks in the group exhibition, Calling Planet Earth!, an event organized by Undefined FM Radio and Pop Montreal. The Augmented Reality sound walk is currently on virtual display at the intersection of Van Horne Staketpark and Champs des possibles in the Mile-End in Montreal. 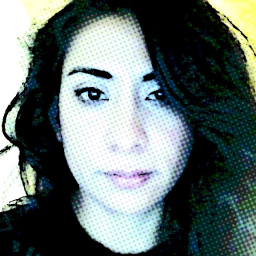 Amanda Gutiérrez (b. 1978, Mexico City) trained and graduated initially as a stage designer from The National School of Theater. Gutiérrez uses a range of media such as film and performance art to investigate how these conditions of everyday life set the...